eMobillity is an abbreviation of electromobility, a general term used to describe electric powered drivetrains found in electric vehicles. When it comes to transport everything is shifting towards electric from cars and trucks to scooters and flying taxis.

A brief history of eMobility

The electric car is often hailed as a thing of the future but is also a thing of the past. Did you know the first ever vehicle was powered by electric? In 1881, the French engineer Gustave Trouvé presented a world’s first: A tricycle with an electric motor and battery. The first car with an internal combustion engine was not built until 1886.

The electric car was favoured over the gasoline and steam powered cars of the time for similar reasons to that of now. They were easier to use, quieter, much cleaner and the lack of decent roads meant low mileage was not much of a concern.

So, what happened? In 1908 the first mass produced gasoline powered car made owning a vehicle more affordable at approximately a third of the cost of the electric car. Rapid further developments and cheap gasoline made them much easier to use and more appealing increasing their demand at a rate that the electric car could not compete with.

Although the combustion engine dominated the vehicle market, development in electric vehicles continued in the background throughout the 1900s improving the technology, including batteries.

In 1997 the world’s first mass produced hybrid electric vehicle was released and gained considerable interest worldwide due to rising concerns for the environment, sparking the revival of the electric vehicle industry. 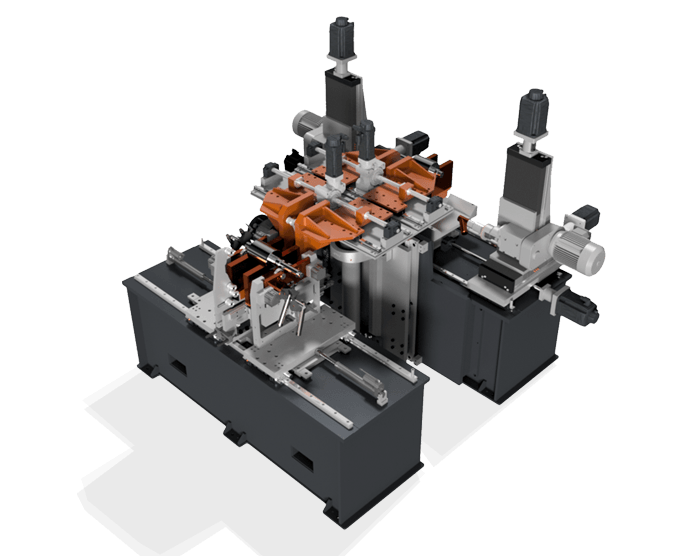 Today we are seeing an unprecedented and an exciting move towards electrification, with automotive being the most prevalent. At Universal Balancing we have been making machines for electric rotors for decades and in recent years have adapted our technology for the increasing demands from the eMobility sector.

Our new range of eRotor balancing machines have been developed to suit a range of production demands with ultra-high accuracy and industry leading cycle times. From small manual machines for R&D purposes to fully automated and error proofed machines designed for the highest production rates, we deliver machines that meet exact customer requirements.

Fill out the form below and you will hear from us within 24 hours!

LET’S TALK ABOUT YOUR EMOBILITY PROJECT

We would love to help you with your specialist application, enter your details below and a dedicated balancing engineer will be in touch – no obligation.